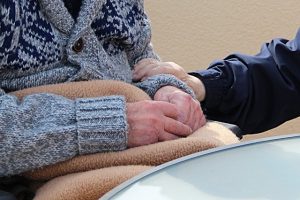 When researchers accounted for the value of unpaid family care, they estimated that the cost of care in the last five years of life for someone with dementia averaged about $287,000, significantly higher than the care costs for someone who died of heart disease (about $175,000) or cancer (about $173,000). Not only were care costs higher for people with dementia, but a larger share of those costs were not covered.

Families also spent a larger share of their assets on dementia care than on care for other conditions, 32% versus 11% of family assets, respectively, in the last five years of life. Most of this spending is on long-term care costs either in facilities or at home. African American families, people with less than a high school education, and unmarried or widowed women experienced the greatest economic burden.

When analysts put a monetary value on unpaid caregiving, the economic costs of dementia in the United States totaled an estimated $305 billion for 2020 and are projected to increase to $1.5 trillion by 2050.

The combined costs of nursing home care, paid home care, and the value of unpaid care make up most of dementia care costs (between 75% to 84%).