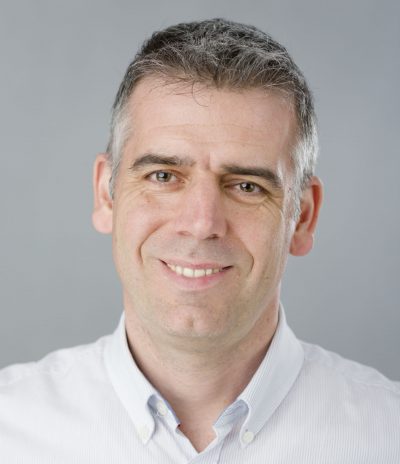 Gabor Kezdi, Research Associate Professor in the Survey Research Center and a member of the Health and Retirement Study Program, and the  Michigan Center on the Demography of Aging, has died at the age of 50 after a long battle with cancer.

Gabor originally came to the University of Michigan from Hungary in 1998. In 2003, he completed his Ph.D. in Economics. Returning to Hungary, he advanced through the ranks at the Central European University (CEU) in Budapest to become Professor of Economics in 2013 and served as Chair from 2010-2014. At CEU, Gabor contributed to bringing U.S.-style graduate training to the former Soviet bloc and making CEU’s department a leading economics program in central Europe. He was also a Senior Research Fellow in the Institute of Economics, Centre for Economics and Regional Studies Hungarian Academy of Sciences (CERHAS), a prominent economic research institute in Hungary.

Gabor had a strong interest in building data infrastructure to advance science and to provide a firm foundation for policy analysis; he put his considerable talent and energy into several important studies. He was the principal investigator of the Hungarian Life Course Survey from 2006 to 2014. He was the Country Team Leader for Hungary for the Survey of Health, Aging and Retirement in Europe (SHARE) from 2010 through 2017. He was also Team Leader for Hungary for the Wage Development Network Survey of the European Central Bank. He was the principal investigator of the Inter-Ethnic Relations in Hungarian Schools Survey in 2010 and principal investigator of a randomized evaluation, Investing in the Early Years of Children – Promoting Social Innovation and Roma Integration, from 2013 to 2015.

After spending his sabbatical year at Michigan in 2014-2015, Gabor and his family decided to return to Ann Arbor. He joined the Survey Research Center faculty in 2017. He was a co-investigator and part of the Executive Management Team of the Health and Retirement Study. He was the leader of the Health and Retirement Study (HRS) economics working group, working to modernize an instrument originally developed over thirty years ago. Gabor was a key architect of the HRS 2020 response to the challenges and measurement opportunities created by the pandemic.

His empirical research using individual and household data investigated a wide range of questions. He published in leading journals in economics, statistics, and political science on topics including household finance, expectations, health, education, demography, and ethnic disadvantages and prejudice. Some of his early research examined the disadvantages of and prejudice against the Roma minority in Eastern Europe. With a keen sense that research should make a difference, Gabor consulted for various governmental and non-governmental organizations on the disadvantage of the Roma minority and the evaluation of social interventions. Gabor’s most recent research focus was on cognitive aging, investigating the role of life-course causes of cognitive decline in old age. In 2020, Gabor was awarded an NIH/NIA R01 on “Assessing the interactive effect of lifetime and old age cognitive engagement on cognitive decline and dementia: cognitive reserve versus use it or lose it.” He continued to be deeply engaged in research on this and other projects throughout his illness.

Gabor had an enduring interest in education and was a gifted teacher. He taught data analysis, econometrics, and labor economics from undergraduate to PhD levels and supervised many MA and PhD students. Teaching experiences over the years awakened him to the need for a textbook combining data science and econometrics. With his colleague Gabor Bekes, he recently published a Cambridge University Press textbook Data Analysis for Business, Economics and Policy. This textbook has generated significant interest and enthusiasm from top economists in the United States and beyond and will contribute to his legacy as an educator.

Beyond these and so many other achievements, Gabor was a warm and generous person who cared deeply and genuinely about his colleagues, students, and friends. He was a loving and devoted husband to his wife Zsuzsanna and father to his three daughters Anna, Dorka, and Borbala (Bori). Funeral arrangements are private.

Our heartfelt condolences to his family. Gabor will be keenly missed.