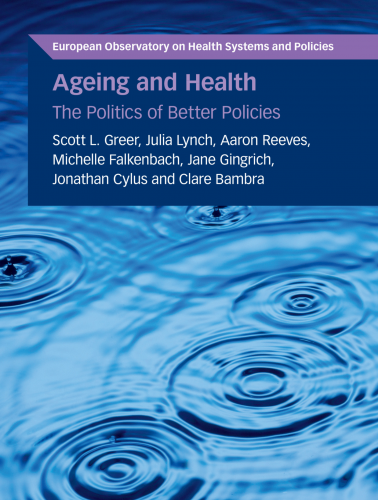 One of the most important political and economic challenges facing Europe and elsewhere is the ageing of societies. Must ageing populations create conflict between generations and crisis for health systems? Our answer is no. The problem is not so much demographic change as the political and policy challenge of creating fair, sustainable and effective policies for people of all ages. This book, based on a large European Observatory study, uses new evidence to challenge some of the myths surrounding ageing and its effects on economies and health systems. Cataclysmic views of population ageing are often based on stereotypes and anecdotes unsupported by evidence. How we address ageing societies is a choice. Societies can choose policies that benefit people of all ages, promoting equity both within and between generations, and political coalitions can be built to support such policies. This title is available as Open Access on Cambridge Core.