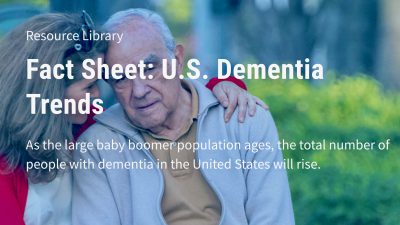 One estimate suggests that more than four times as many people with dementia live in traditional community settings than in nursing homes and residential care (such as assisted living or personal care homes).

However, more than half of nursing home residents have dementia. Among those ages 70 and older living in nursing homes in 2019, 70% had dementia, according to one recent study.

Where people who have dementia live and how they receive care depends partly on their ability to pay.