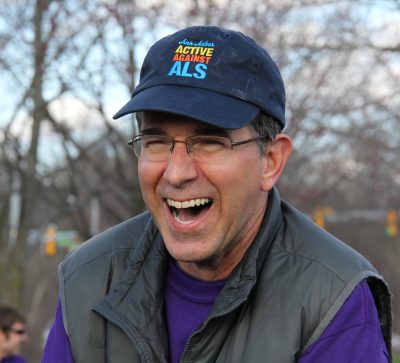 ANN ARBOR–Research Professor Bob Schoeni died peacefully at home from complications of amyotrophic lateral sclerosis (ALS) on October 13, 2021 at the age of 57. Schoeni was a distinguished scholar in the areas of labor economics, socioeconomic disparities in health, immigration, the family, economic and demographic aspects of aging, poverty, and welfare policy, with academic appointments in the University of Michigan’s Gerald R. Ford School of Public Policy, the Department of Economics in the College of Literature, Science, and the Arts, the Institute for Social Research (ISR) Survey Research Center, and ISR Population Studies Center. He was an integral part of the Michigan Center on the Demography of Aging (MiCDA).

Schoeni grew up in Bowling Green, Ohio, where he met his wife, Gretchen Spreitzer. He earned a B.A. in Economics from Bowling Green State University, an M.A. in Economics from Miami University, and a Ph.D. in Economics from the University of Michigan. He worked at RAND, where he was Associate Director of the Labor and Population Program. There he continued his work on family structure and economic well-being, and began to investigate welfare policy, aging, and the elderly, which would remain a focus for the rest of his career. During that time, he also spent a year in Washington, D.C. as a senior economist at the Council of Economic Advisers under President Bill Clinton.

In 2001, Schoeni returned to the University of Michigan. As a professor of economics and public policy, and research professor at ISR, Schoeni conducted groundbreaking research that fostered interdisciplinary partnerships across a range of social science disciplines. Notably, he was the Co-Director of the Panel Study of Income Dynamics from 2009 to 2012, studying issues of poverty, income, family formation, wealth, and health.

Schoeni authored over 90 articles on labor economics, socioeconomic disparities in health, immigration, the family, economic and demographic aspects of aging, poverty, and welfare policy. He was also the author of two books on economic policy.

His curiosity and genuine interest in generating new knowledge to benefit society led him to address a broad set of complex questions about human behavior. Schoeni partnered with colleagues across the country and internationally to better understand the family, social support, and health outcomes. He was greatly respected and cherished for his collaborative spirit, his intuitive sense of people and numbers, and his propensity to explore questions across disciplines. He valued mentoring those just beginning their research careers; he was grounded in his belief that human compassion and the tools of social science could make the world a better place.

Schoeni found great joy in spending time with his family. He adored his wife, Gretchen, and daughters, Maddie and Sophie, and the beloved dogs who were integral members of their family over the years. In 2008, he was diagnosed with ALS and during thirteen years of living with the disease, he continuously inspired others with his grace, openness, and determination to live fully and joyfully in the face of challenge. Schoeni continued to coach, work, travel, enjoy time with his parents, siblings, and extended family, and bask in family life. His welcoming spirit inspired people to rally around his diagnosis and create the nonprofit organization Ann Arbor Active Against ALS, through which hundreds of people gathered at annual events to grow awareness, raise funds for research, and celebrate life.

In October 2020, ISR launched the Robert F. Schoeni Research Professorship in honor of his career and his commitment to excellence in research, teaching, and training. Like Schoeni himself, this professorship will be a force for increasing partnerships, generating innovative ideas, and improving the quality of social research within the academic community.

If you would like to make a gift in celebration of his life, Schoeni and his family have asked for donations to be made in his memory to Ann Arbor Active Against ALS, the Robert F. Schoeni Research Professorship at ISR, or Ann Arbor Rec and Ed sports.