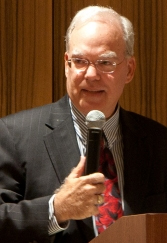 "Obesity And Diabetes Kill More Than Initially Thought, According To New Study" - Forbes. 04/08/2017

Andrew Stokes (Boston University) and Samuel Preston (University of Pennsylvania) analyzed data on participants in the NHANES and NHIS who had died. They used survey information to determine which of these individuals had diabetes and likely died from complications of diabetes. Then they compared their findings with the recorded cause of death on the death certificates. Based on the survey data, over 11.5% of the patients had died from diabetes complications. This was close to four times the percentage of people who had diabetes complications mentioned on their death certificates (3.3–3.7%).