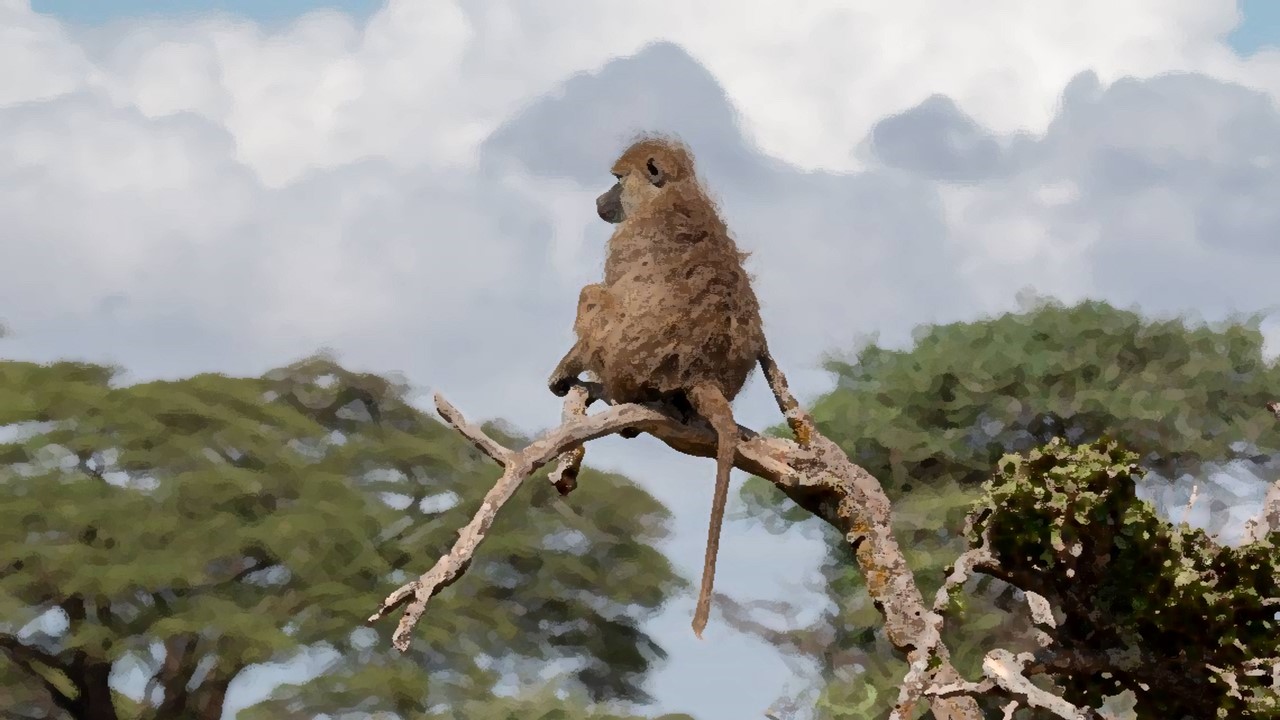 Female baboons may not have bills to pay or deadlines to meet, but their lives are extremely challenging. They face food and water scarcity and must be constantly attuned to predators, illnesses and parasites, all while raising infants and maintaining their social status.

A new study appearing April 21 in Science Advances shows that female baboons with high life-long levels of glucocorticoids, the hormones involved in the ‘fight or flight’ response, have a greater risk of dying than those with lower levels.

Glucocorticoids are a group of hormones that help prepare the body for a challenge. While these hormones have many functions in the body, persistently high levels of glucocorticoids in the bloodstream can be a marker of stress.

To understand the relationship between stress responses and survival, scientists studied 242 female baboons in Amboseli National Park, in Kenya. For more than 20 years, they measured glucocorticoid levels in the baboons’ feces, a task that drew upon one of the world’s largest collections of data from a wild primate population.

Females with higher levels of glucocorticoids in their feces, either due to more frequent exposure to different types of challenges, or more intense stress responses, tended to die younger.

If they reach adulthood, female baboons have an expected lifespan of about 19 years, so 5.4-years represents a 25% shorter life. Five years more life can also represent enough time to raise one or two more infants.

The team’s simulations represent extreme values that are unlikely to be maintained throughout the females’ lives, said Fernando Campos, an assistant professor at the University of Texas San Antonio and lead author of the study. Nonetheless, the link between exposure to stress-associated hormones and survival is clear.

“Whether it’s due to your environment or your genes or something that we are not measuring, having more glucocorticoids shortens your life,” said Susan Alberts, a professor of biology and chair of evolutionary anthropology at Duke and senior author on the paper.

The variation in glucocorticoid levels observed by Campos, Alberts, and their team shows that some females have it worse than others.

“Those are the things we know about,” said Alberts, “there’s a whole bunch of horrible things that happen to animals that we just can’t measure.”

“Whatever is exposing you to the glucocorticoids is going to shorten your life,” Alberts said. “The more hits you get, the worse your outcome.”

Glucocorticoids play all sorts of vital roles in our bodies. They regulate our immunity, help our bodies access energy from sugars and fats, and modulate metabolic reactions to prepare the body for a challenge.

But being constantly prepared for a challenge has high costs: maintenance processes get shut down, and fight or flight processes stay active for longer. Over time, these effects accumulate.

“This chronic activation of the stress response leads to a caustic downstream physiological environment of not enough immune system, and not enough attention to maintenance,” said Alberts.

Associations between stress and survival are extremely difficult to test in a natural scenario. They require very frequent data collection for a very long period of time, in this case through the Amboseli Baboon Research Project, which was launched in 1971.

Amboseli females are followed daily from birth to death, their activity is monitored, big events in their lives are recorded, and their feces are periodically collected.

“In my lab we have one of the largest collections of primate behavioral data in the world,” said Alberts, “and also one of the biggest primate poop collections.” More than 14,000 fecal samples were used in this study.

Poop is a very valuable, if slightly smelly, repository of information. By measuring hormone levels in feces rather than in blood or saliva, researchers avoid handling and stressing the animals, which could influence hormone levels.

“People have long hypothesized that glucocorticoids play a role in how long you live,” said Campos, “but to our knowledge this is the first direct evidence that chronic exposure to glucocorticoids strongly predicts survival in wild primates.”