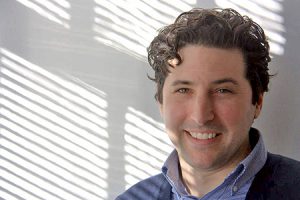 Daniel Belsky is lead author on a PNAS paper introducing 18 measures that, in combination, are believed to determine a person’s biological age. Using data from the Dunedin Study, a longitudinal study of about 1,000 New Zealanders born in 1972-73 in the same town, Belsky and colleagues – including Avshalom Caspi, Harvey Cohen, Anatoli Yashin, and Terrie Moffitt from Duke and Morgan Levine from UCLA – set out to measure aging at the cohort’s relatively young age of 38. The bio measures include kidney, liver, lung, metabolic, and immune system function, blood pressure, HDL cholesterol, cardiorespiratory fitness, dental and eye health, lung function, and telomere length. The biological ages of the 38 year-olds ranged from 30 to 60. Those with high bio ages also reported more problems with physical functioning and scored worse on tests of balance, coordination, and problem solving. Belsky says the ultimate goal of the study is to develop ways to intervene on the aging process itself: “As we get older, our risk grows for all kinds of different diseases,” he says. “To prevent multiple diseases simultaneously, aging itself has to be the target. Otherwise, it’s a game of whack-a-mole.”