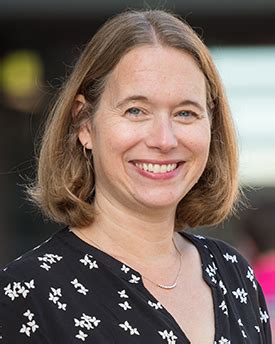 Dr. Colleen Heflin, research affiliate of the Center for Aging and Policy Studies (CAPS) and Professor of Public Administration and International Affairs at Syracuse University, will testify before Congress on the Hunger Crisis Among Veterans and Military Families.

Dr. Heflin’s background is in social demography. Her program of research has focused on the causes and consequences of the inability to meet basic needs and the role of public policy in the U.S. context of addressing basic needs. She has expertise in the policy and implementation details of US social policy and her research spans the life course from early childhood to aging. Her work often focuses on populations of special interest such as low-income households, immigrants, veterans, or individuals with disabilities. She has served as principal investigator or co-investigator on studies documenting population-level trends in economic well-being or social program participating and evaluated specific public policies for causal impacts on direct outcomes of participation as well as documented unintended consequences. As a result of these studies, She has learned how to coordinate research teams and collaborate across disciplines.  Her research relates to the CAPS signature themes of health and well-being, as well as the cross-cutting themes of policy and specific populations. Her research trajectory includes the continued study of economic well-being throughout the life course and the joint participation of public programs often considered in isolation.

WASHINGTON, DC — Rules Committee Chairman James P. McGovern (D-MA) announced that the Rules Committee will hold a roundtable examining the hunger crisis among veterans and military families on Thursday, May 27th at 11am EDT. The event is the second in a series of committee events highlighting the reality of food insecurity in America and examining the steps that Congress and the Biden administration could take to equitably combat it. It follows the committee hearing last month entitled, Ending Hunger in America: Challenges, Opportunities, and Building the Political Will to Succeed.

“We cannot solve hunger in America without addressing the often-silent epidemic of food insecurity among those who serve our country and their families. The men and women who wear the uniform put their lives on the line for our nation and the least we can do is ensure they have enough to eat. The federal government could learn a lot from these experts about how to better provide for our veterans and military families as we work to end the hunger epidemic in the country,” said Chairman McGovern.

Chairman McGovern recently asked Americans to share their experiences, research, and possible solutions to help guide the committee in this work. He has also called for a substantive, policy-focused White House hunger conference to create the roadmap to end hunger by 2030, which the United Nations has called for.

Co-chair of the House Hunger Caucus, McGovern authored legislation which created the McGovern-Dole Food for Education Program. Now in its third decade, McGovern-Dole aims to provide at least one nutritious meal a day to some of the world’s most vulnerable children in a school setting. It has reduced the incidence of hunger among school-age children, increased school enrollments and attendance, and increased the support of families and communities for education. He also founded the bipartisan Food is Medicine working group in Congress to highlight how critical healthy meals are for American families.

What: Rules Committee Roundtable Examining the Hunger Crisis Among Veterans and Military Families

Where: This proceeding will be streamed live on rules.house.gov via Cisco Webex