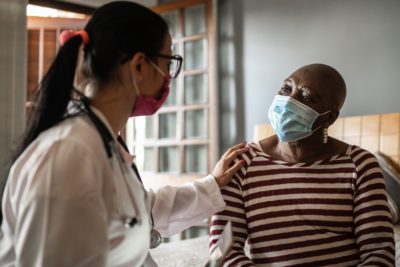 John Robert Warren (Minnesota Life Course Center), Eric Grodsky (Wisconsin Center for Demography of Health and Aging) along with Bridget Goosby and Chandra Muller (Texas Center on Aging and Population Sciences (CAPS) ), and Jen Manly (Columbia) are team members for newly funded research will use biomarkers from blood to understand how childhood shapes risks of Alzheimer’s and other dementias.

The team will begin collecting blood samples from a diverse sample of 25,520 people around the country to better understand how early-life conditions and experiences shape later-life risk of Alzheimer’s and other dementias.

The research, supported by $14.2 million in new funding from the National Institute on Aging (NIA), adds a new component to the ongoing $28.4 million High School & Beyond (HS&B) cohort study and builds upon a $500,000 pilot study funded by the Alzheimer’s Association in 2020.

The project, based at the University of Minnesota’s Institute for Social Research and Data Innovation (home to the Life Course Center [LCC] and Minnesota Population Center [MPC], brings together an interdisciplinary team of leading neurologists, sociologists, education scientists, neuropathologists, and survey methodologists from around the country. A goal of the newly-funded component of the project is to understand the biological pathways through which health inequities in cognitive impairment form.

“There is growing evidence that racial/ethnic and socioeconomic inequalities in rates of late-life dementia have roots in inequalities in educational opportunities and experiences, childhood economic circumstances, and other early-life conditions,” said PI John Robert Warren, professor of sociology in the College of Liberal Arts, HS&B project co-director, and MPC director. “This new component of the project will help us better understand the ways in which these early life inequalities ‘get under the skin’ to impact cognition down the road.”

Excerpted from UMN news release, “Newly funded research will use biomarkers from blood to understand how childhood shapes risks of Alzheimer’s and other dementias.”