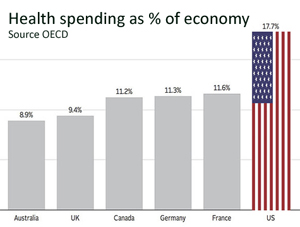 A new survey conducted by Employee Benefits Research Institute using HRS data found that one in every five Americans will run out of money due to healthcare expenses, with those dying between the ages of 50 and 64 faring worse than older groups.