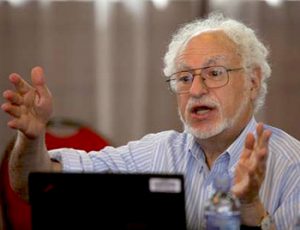 Richard M. Suzman, director of NIA’s Division of Behavioral and Social Research, died on April 16, 2015. He was 72. A pioneer in the science of the demography of disability and the bio-demography of aging, Suzman helped create new transdisciplinary research areas, including neuroeconomics, social neuroscience, and behavioral genetics. A key part of his NIA career was the development of the Health and Retirement Study, which under his guidance has grown tremendously in depth and scope since its inception in 1992. NIA Director Richard Hodes says of Suzman: “He was a tireless advocate for the best in science and for the health of older people and their families. We will remember Richard—both the scientist and the man—with admiration and affection.”