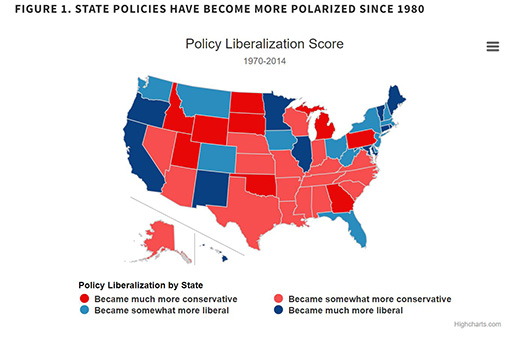 People in U.S. states with more liberal policies can expect to live longer than their peers in states with more conservative policies, thanks in part to laws on minimum wages, tobacco taxes, gun safety, and the environment, according to new research.

“The chances that an individual can live a long and healthy life appear to be increasingly tied to their state of residence and the policy choices made by governors and state legislators,” says Montez.